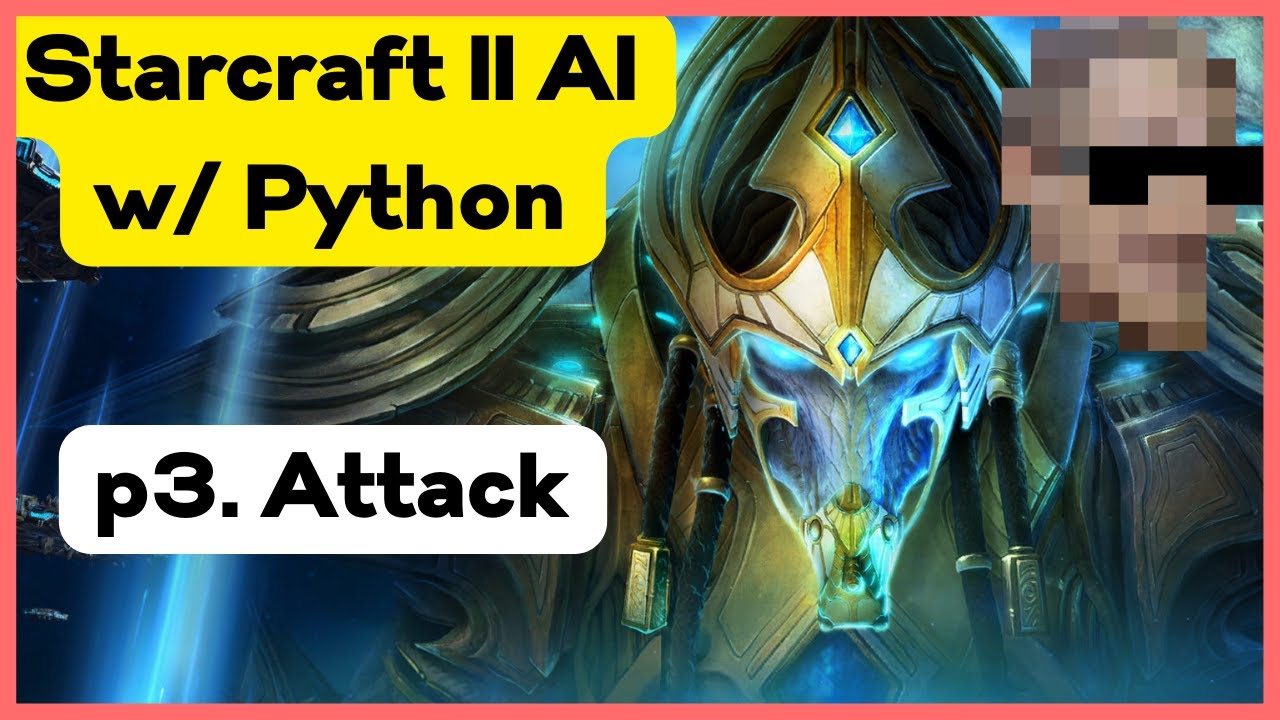 Welcome to part 3 of the Starcraft AI with Python series. In the previous tutorials we learned the basics of writing an AI agent within Starcraft 2, but we’ve not yet been able to defeat the enemy computer player. In order to do this, we’re going to need to go on the offensive. There are many different types of units that we can go with to play more offensively, but my unit of choice is going to be the Void Ray. This is a good general purpose unit that flies around and shoots a laser beam.

The Void Ray isn’t necessarily the best unit to use in all situations, but we’re just here to have fun and learn for now.

I think Pylons are more important in the order of needs than the assimilators, so right after those, I’ll add:

Take all of my orders with a grain of salt, it may be wise to test out different things, but for now we’ll do this. Later, we could maybe make this dynamic by checking how many vespenes we have close, and simply building assimilators on any unoccupied vespenes. I think the assimilators are more important than the forges and cannons, but I suspect it’s best to hold off on further buildings until we have some more defenses. After our cannons are built, however, we should go ahead and build the Gateway, Cybernetics Core, then Stargate:

With all of this, we can build Void Rays, but I would argue that Void Rays are one of our top priorities, and we can also build Void Rays while we do other things. For this reason, I will actually just put this above the if/elif logic, after the nexus definition:

In this case, I am going to just try to build up to 10 total. Maybe I’ll change this later, I just picked a random number that seemed reasonable. The last thing we need to is control our probe creation. Since we’re building infinite probes, we’ll always be able to build another probe, because a probe takse up 1 supply. A Void Ray costs us 4 supply, so we should probably always leave some room for at least 1 Void Ray. Maybe once we can build Void Rays, we can progressively open this up, or build more pylons to make more supply space. Again, this is all just a first pass of effort, there’s definitely a ton of improvement that could be made.

We can calc the supply remaining with:

Then we can just add another and to the if statement for the Pylons:

Okay, we’ve added quite a bit up to this point. Here’s our code:

Running this, things actually look fairly decent. We wind up building 2 Starbases, and a few extra Void Rays, but we are definitely able to hold off the enemy for quite some time with this group:

So we’ve definitely got a strong defense when needed with these Void Rays, but that’s not the reason we built them. We built these for battle! For the extra buildings, we can add a pending building check, same for Void Rays. It’s probably not a huge mistake to have a couple Starbases, since that means we can build Void Rays faster, but it would probably be a waste to have multiple Cybernetics Cores or something.

But, before I address that, I want to see an attack. To command this force, I propose we do it outside of the Nexus check. Our army of Void Rays does not need a Nexus to attack, so we can have their commands sit outside of the Nexus check. Void Rays also can’t build a Nexus back, so it’s fairly irrelevant. For now, in order to attack, I think it’s best we attack with more than just 1 Void Ray. I really don’t know if that’s true, and I’ll just arbitrarily set the number required for attack: 4.

The next question is: where do we attack?

We have access to some data about our game, as noted here. We can see that we can access enemy units, enemy structures, and the enemy start location. If we’ve seen enemy units or buildings, then we might as well target those first. If we don’t know where any enemy units are, then let’s head towards the enemy’s starting location, because we’ll probably find some enemies there!

Running this, we make some void rays and can see them promptly go to the enemy starting location across the map, wreaking immediate havoc on the enemy:

The enemy does propose to surrender, but we don’t accept this. Eventually:

Running this a few times seems to yield similar results. It seems like Void Rays do pretty well here, at least up to the Hard Zerg computer. When poking around, I saw that Void Rays apparently don’t do well against terran. Let’s change the computer to Terran race instead:

While the fight definitely looked a bit harder, it certainly wasn’t as swift of a defeat and we lost more Void Rays, we still won. Running again, the victory seems to come even easier:

It does seem like the Terrans can handle Void Rays better, and that probably harder bots will require a better strategy, but I’d say this is a pretty good start.